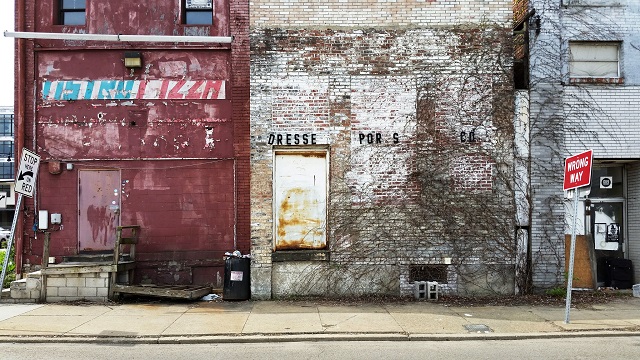 A competitive housing market in Pittsburgh, Pennsylvania, has limited the opportunity for affordable, low-income housing. Photo by William Real/Flickr

We’re living in the midst of a housing affordability crisis. Demand for apartments and condos continues to outpace supply in most urban cores. Upward pressure on asking rents is displacing low-income renters to nearby communities and middle-income renters are starting to feel the impact too. A study commissioned by Hoyt Advisory Services found 4.6 million new apartments are needed by 2030 to meet demand in the United States alone.

As cities face tangible barriers to new development – lack of available land, chief among them – developers and policymakers must forge new paths to bring affordable housing inventory to market. For some cities, this may mean development incentives, while for others it may mean rethinking the use of public land. Regardless, the time to act is now and it requires an open dialogue between developers, policymakers and the community-at-large.

Closing in on Costs

Rising rent costs are a multifaceted problem. The number of high-income renters in the United States rose by 2 million from 2000 to 2016 and much of the new inventory coming to market favors them. Demand is continuing to outpace supply in most urban cores and the costs of new development are rising. (Land costs alone rose 100% since 2000.)

While builders are incurring rising development costs directly, they are, in turn, passed them along to renters. For example, a density reduction of 30 units in a 200-unit building can translate into an additional $70-$140 of rent per unit per month. Property tax increases, review delays and added compliance costs also contribute to rising rents.

In cities such as Pittsburgh, a widening gap in renter incomes is also impacting costs. A small influx of high-income renters has made the market even more competitive. When coupled with rising development costs, only 4% of the units built in 2016 and 2017 were ultimately affordable to low-income renters.

All cities have one thing in common: there is a finite amount of land available for development. Block after block of dense urban development makes it challenging for developers to find available land to house much-needed apartment buildings. And, even where there is available land, zoning and other regulations can make it hard to deliver the inventory needed within the available space.

Public land policies can help address this challenge by selling public land at below-market prices. Effective public land policies include a clearly defined set of criteria for how land is identified and sold, and ensure a broad portfolio of parcels are available for purchase. This approach helps reduce development costs while increasing the supply of rental units.

These incentives work to reduce rents in two ways: either by increasing overall supply or by requiring rent reductions in exchange for receiving incentives.

In San Diego, California, the Affordable Homes Bonus Program offers up to a 50% increase in density when at least 15% of the units are rent restricted. The program has also allowed developers to receive up to five density bonuses. In its first three months, the program received 18 applications, representing a 900% increase in average monthly applications.

A New Perspective on Zoning

Since 1974, nearly 900 local governments have enacted inclusionary zoning policies. Inclusionary zoning requires new housing developments to feature a specific number of below-market rents in order for a project to be approved. These policies are best suited for strong housing markets and require adequate flexibility and incentives to be effective.

When evaluating inclusionary zoning as a tool to improve the supply and affordability of rental units, one must be mindful of missteps that can actually undermine affordability. For example, if incentives don’t cover the gap between below-market and market-rate rents, owners may have to raise asking rents to cover their losses. This dynamic can also lead to projects being cancelled. An illustration of these challenges is in Portland, Oregon, where multifamily building permits have dropped by 65% since inclusionary zoning was implemented in 2017, due in part to insufficient incentives and burdensome administrative processes.

Increasing the availability of affordable multifamily rentals requires a multifaceted approach, whether in the United States or elsewhere. Developers and policymakers must collaborate to develop effective guidelines to bring new development to market and ensure the inventory delivered meets the needs of the local renter market. While these policies and solutions will look different in every city, those that are most effective will be tailored to the local market’s dynamics and informed by the perspectives of local stakeholders, like elected officials developers and the community-at-large.

To learn more about solutions to the housing affordability crisis in the United States, visit NMHC.org to download The Housing Affordability Toolkit.

Doug Bibby is President of the National Multifamily Housing Council.